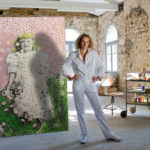 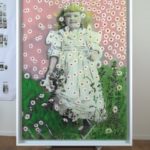 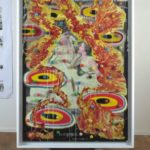 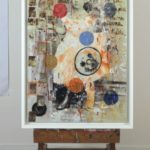 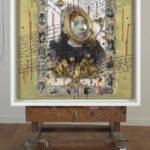 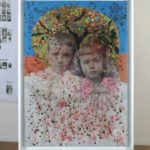 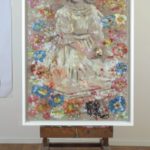 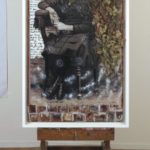 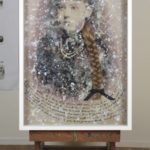 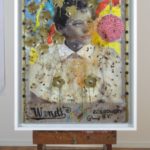 www.candidaromero.com
Born in Paris, France, Candida Romero is a french-american artist.
Autodidact, she spent her childhood in la Ruche ( an art community famous for its well-known artists – Brancusi, Chagall, Léger…) and more particularly, in the studio of Soutine, which was also Paul Rebeyrolle’s studio. She still keeps a studio there – once used by Marc Chagall.
Her parents are Simone Dat ( painter, and the person who saved la Ruche from the wrecking ball, overseeing its historic preservation in the 70’s) and Johnny Romero (a multi-faceted Puerto Rican artist and emblematic leader of the resistance to racism in NY).
From this childhood submerged in art, a cradle rich in encounters and ideas from her mixed-blood origins, Candida Romero grew up free of all restraining conventions, able to choose her own medium while still respecting her spiritual fathers.
She turned to art early, studying at Enfants du Spectacle in Paris (Children of the Stage), and traveled extensively while young to Europe, Japan, and the United States. Later, she spent two years in Munich to study opera, then Salzbourg, and finally, Berlin in 1992, where she lived for one year.
In 1993, she returned to her studio in la Ruche and dedicated herself entirely to painting.
Now, she lives and works in Paris and Corsica.


Do you have any questions about this artist? Contact us! 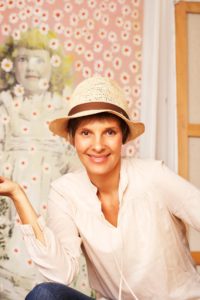