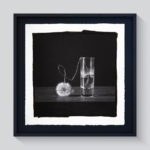 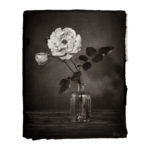 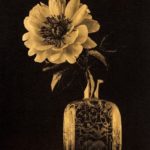 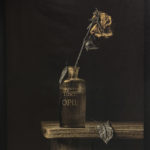 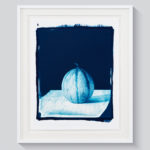 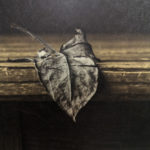 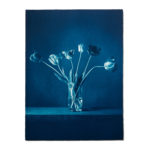 PHOTOGRAPHER, ALCHEMIST & PRINTMAKER
www.gilleslorin.com
Serenity. The latest photographs by the French artist Gilles Lorin from his series “Portraits of Dao” radiate infinite peace and tranquility. A lonely tree. A mountain landscape. The full moon. Almost a blessing in our fast-moving times. Gilles’ photographs are not loud and colorful, they do not shock, rather present themselves discreetly and with timeless elegance.

His signature is his printing technique. Gilles neither documents nor travels around the world in search of the best snapshot. His photographs are not meant to be contemporary documents. Instead Gilles creates painterly complete works of art. He arranges, composes, plays with light and leaves nothing to chance before he captures a sketch with the camera. The real work follows in the darkroom where he experiments with chemicals, papers and techniques until he has found the desired way to depict his motif. This process results in impressively beautiful prints of outstanding quality.

The visual effect of his photographs often resembles that of a drawing or a painting. Most of them are platinum-palladium prints exposed on the most luxurious handmade papers such as wafer-thin Japanese Gampi or strong Arches. Some variants are backed with gold leaf. Using the platinum-palladium technique Gilles achieves an incredible range of the finest shades of grey, the texture and precision of which are reminiscent of the Old Masters. In his latest series “Portraits of Dao” he uses the cyanotype method for some motifs with equally impressive results, creating an incredibly luminous, flawless deep Prussian blue.

Gilles is among the photographers who make use of old photographic processes. One almost inevitably feels reminded of pictorialism, transported into the 21st century. He seeks his subjects predominantly in his native environment. Detached from concrete contexts, he selects a scene in such a way that the captured moments appear timeless, sometimes even abstract. But he is interested in much more than the process of depicting. He imbues his work with meaning and often plays with century-old traditional religious symbols or seeks perfection in the profane things of this world.

A confrontation with being and non-being; A transience or a supernatural atmosphere can be found in almost all of his series. At one point he personally experienced the fragility of his own mortality. After a serious accident, a long illness and several setbacks, he spent many months in hospital and only during his discovery did he finally find his way to photography. It became a haven of peace in his life: an occupation that gives him tranquility.

Gilles’ studies of art history and classical archaeology had a decisive influence on his strong interest in the history of civilizations and religions. As such, he worked for many years as an expert in Asian art. With his background and experience, it is hardly surprising that the most diverse philosophical approaches find their way into Gilles’ work and help him to fathom uniqueness, flawlessness and perfection. Sometimes motifs or stylistic influences from Asia predominate, other times a Christian or occidental symbolism prevails. Gilles finds a very personal view of the fragile beauty of our earth, which he reveals to us with his peaceful, aesthetic photographic art. 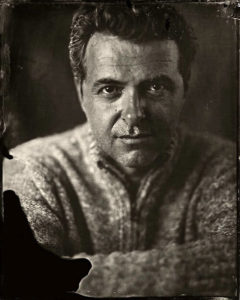