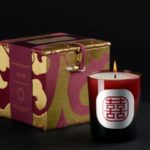 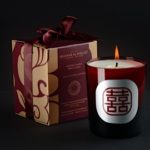 From Belgium to Beijing
By Margaret Pluvinage, editor at large
Jehanne de Biolley , a Belgian born designer living in Beijing with her husband, Harrison Lui, an actor, painter and designer, and their two young children, has seamlessly merged the best of the eastern and western worlds. Fashionlines featured Jehanne’s designs 6 years ago, when she was living in London and traveling to China for sourcing materials and inspiration. Now Jehanne brings her European inspiration to China. The merger between a man and a woman of two different cultures is probably the best way to bring two worlds together, and Jehanne’s world is such a merger. Jehanne, Harrison, and their young son, Ghenghis, met my husband and me in the old street outside their home with umbrellas in hand to shield us from the Beijing rain. Jehanne has been restoring her house and an adjoining temple in the Hutong that dates back to the Ming Dynasty. When we entered the family’s salon, I was struck by the jewel-toned colors that were so familiar to me from her jewelry collection, tones of red, green, and blue. It was as if Jehanne had found shelter in a jewel box and filled it with her treasures!
Jehanne has recently created a home fragrance candle with notes of sandalwood and geranium that comes boxed just like a jewel. As a client of Jehanne’s for the past six years, I have enjoyed wearing her designs for both their call to the past and the future, and their intense colors. Jehanne is possessed with a very strong sense of beauty, as she recalls stories from her childhood growing up in Belgium, memories coincide with scents. I will remember the scent of the Beijing rain in her courtyard filled with walnut, bamboo, pine, pomegranate, grape, and lilac scents when I wear her beautiful creations!
www.jehannedebiolley.com 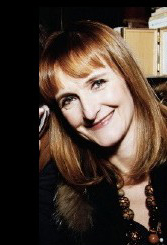