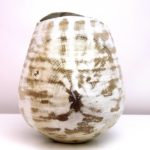 www.manardu.com
It all started a long time ago with his immense passion for wood. This strikingly beautiful raw material has always played a central role in Manardu’s life, since, as a child, he observed his father working as a carpenter. But it was only many years later, while living in London, that Manardu found out the art of woodturning by chance. The impact of this discovery was so powerful, that he decided to drop his professional career to dedicate his life to wood.
Committing himself to this whole process as an autodidact, Manardu began learning the art of woodturning step by step, whilst finding out the huge potential and versatility of each object shape not only on the lathe, but also during the drying process. Over the past years, he has developed a continuous dialogue with wood in order to convey its sublime beauty and timelessness through iconic objects.
No element or detail is ever overlooked. Each object is magnificently converted into a unique piece of sculpture through a long accurate process, in which the wood retells its own life story, allowing us the pleasure to experience nature in its purest form.
Bringing out every single natural deformation of the wood, as an artist Manardu ‘s creative signature consists in filling those cracks and fissures with metals, thus empowering the possibility of perceiving wood differently. As a result, Manardu creates wood objects full of life, for the vitality of interpreting wood enters into his work.
Participation in the 2014 edition of FIA (International Craft Exhibition of Lisbon), where he got an honorable mention for his work;
Participation in the 2015 edition of FIA (International Craft Exhibition of Lisbon), where he won the first prize for contemporary craft;
Participation in the 2015 edition of the LXD (Lisbon Design Show).
Exibition in Paris -2016 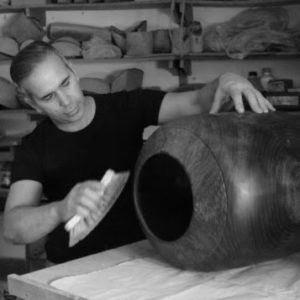 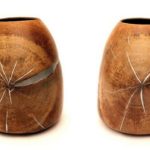